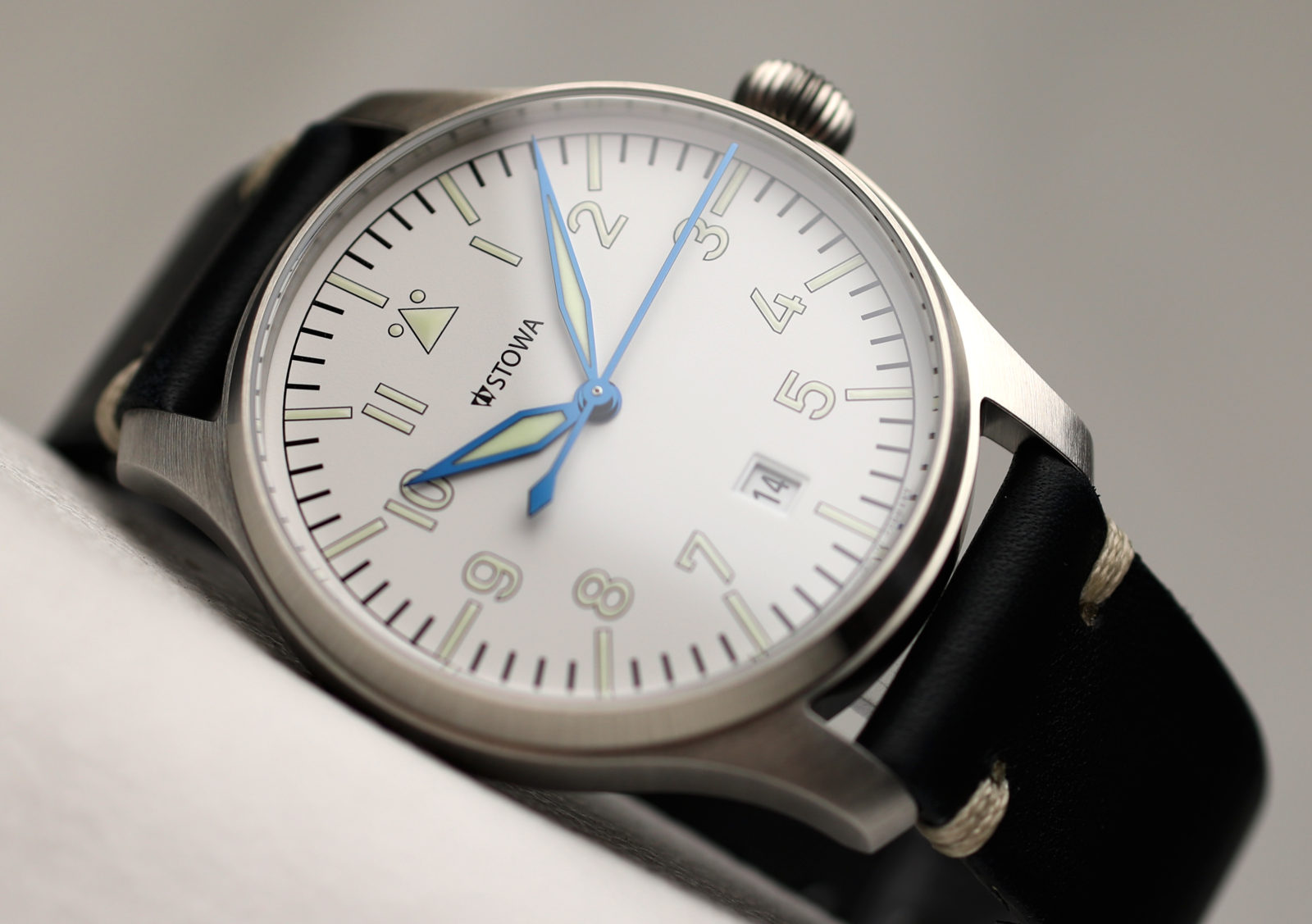 On July 14th, 2019, Stowa celebrated its 92nd anniversary with a customer appreciation day with a hike and get together in the picturesque Black Forest town of Engelsbrand.  Even though Stowa has not been in a continuous ownership, Jörg Schauer acquired the company in 1996 from Werner Storz, the successor and son of founder Walter Storz.  As a trained watchmaker and designer, Jörg re-designed the historical STOWA watches in co-operation with Hartmut Esslinger, a well-known industrial designer.

I was joined by Mike Stuffler, Watchuseek Forum moderator and German watch expert, along with two watch friends from Czech Republic and Slovakia (#watchfam) for the annual hike and event.  In order to commemorate this event, I requested Stowa for a custom Flieger White.  Stowa announced the Flieger Classic 40 White in the summer of 2018.  It was received well, especially with addition of blue hands.

The Flieger Classic 40 White has a 40mm stainless steel case which is brushed and grinded with hand.  The onion crown is easy to operate and is proportional to the size of the case.  The sapphire crystal on the dial is slightly domed and flat on the case back.  The height of the case is 10.20mm.  The lugs are flat and fit a 20mm strap.

The normal flieger edition has a white dial with light green color Arabic numerals, black hands, and black sub-minute markers works well on this dial.  The black date on white wheel adds to the modern interpretation of this watch since date is not traditional feature of a flieger watch.

Late last year Stowa announced a “Flieger Weiß Blau Limited” made exclusively for the German watch magazine Chronos.  This watch was almost perfect for me, but I wanted a small change which made a big difference for me.  I requested my Flieger Classic 40 White with blue hands, blue seconds hand, and a black date.  The black date complimented the black sub-minute markers, and blue hands added contrast to the white dial.

Stowa uses the workhorse ETA 2824-2 movement to power the flieger.  I selected the ETA Basic for this watch.  You can select the ETA Top grade as an option as well with nice decoration, which further enhances the appearance and value of the watch.  It has a power reserve of 40 hours.  Stowa also offers engraving of rotor for a small fee, which is nice touch for special occasion or giving as a gift.  So, I decided to engrave “Stowa Hike 2019” to associate this event with the special flieger.

To complete this special flieger, I had to find the right strap.  I like Stowa Pilot straps, and they are great for the black dial flieger, but did not complement the white dial as well.  So, I found the perfect strap on WatchBandit website.  I ordered the Vintage Midnight Blue strap with white stitching.  Luckily, Mike lives in Berlin, so he picked up the strap in-person, so I can wear it for the event.

This year the Stowa annual event had a big turnout with over 120 guests attending from Europe and beyond.  The guests opted for different difficulty of hiking in the Black Forest.  Our group opted for the medium hike, which was a 6km hike on top of the hill.  We met at 09:45AM in Engelsbrand-Salmbach, at Stowa’s Schwarzwaldhaus, and boarded the Goldstadt Bus, a 1957 Neoplan, at exactly 10:00AM.

Along the hike Stowa crew offered us wine, champagne, and Black Forest meats.  Even though we had some unpredictable rain along the hike, we took that as an opportunity to stand under the tall trees and take wrist shots.

The Goldstadt Bus took us back to the Schwarzwaldhaus where Stowa provided us with Maultauschen und Kartoffelsalat, smoked Black Forest trout, Black Forest ham and sausage. Delicious deserts were served by Master Chocolatier Kevin Kugel, who won number 7 in the WORLD CHOCOLATE MASTERS (Paris).  We enjoyed the Alpirsbacher beer in the afternoon while discussing watches with other collectors.

Inside the Schwarzwaldhaus two watchmakers showcased assembly and repairing of Stowa watches on the ground floor. One of them was setting the hands on a Schauer watch.  The showroom was located on the first floor. This was the most crowded place, as guests gathered around to try their favorite watches. This year Stowa also made special T-shirts for the Genusswanderung (translates to relaxing hike) event.  They sold out very briskly.

As the event wound down, we said our goodbyes, and promised to meet as a bigger #watchfam group next year.