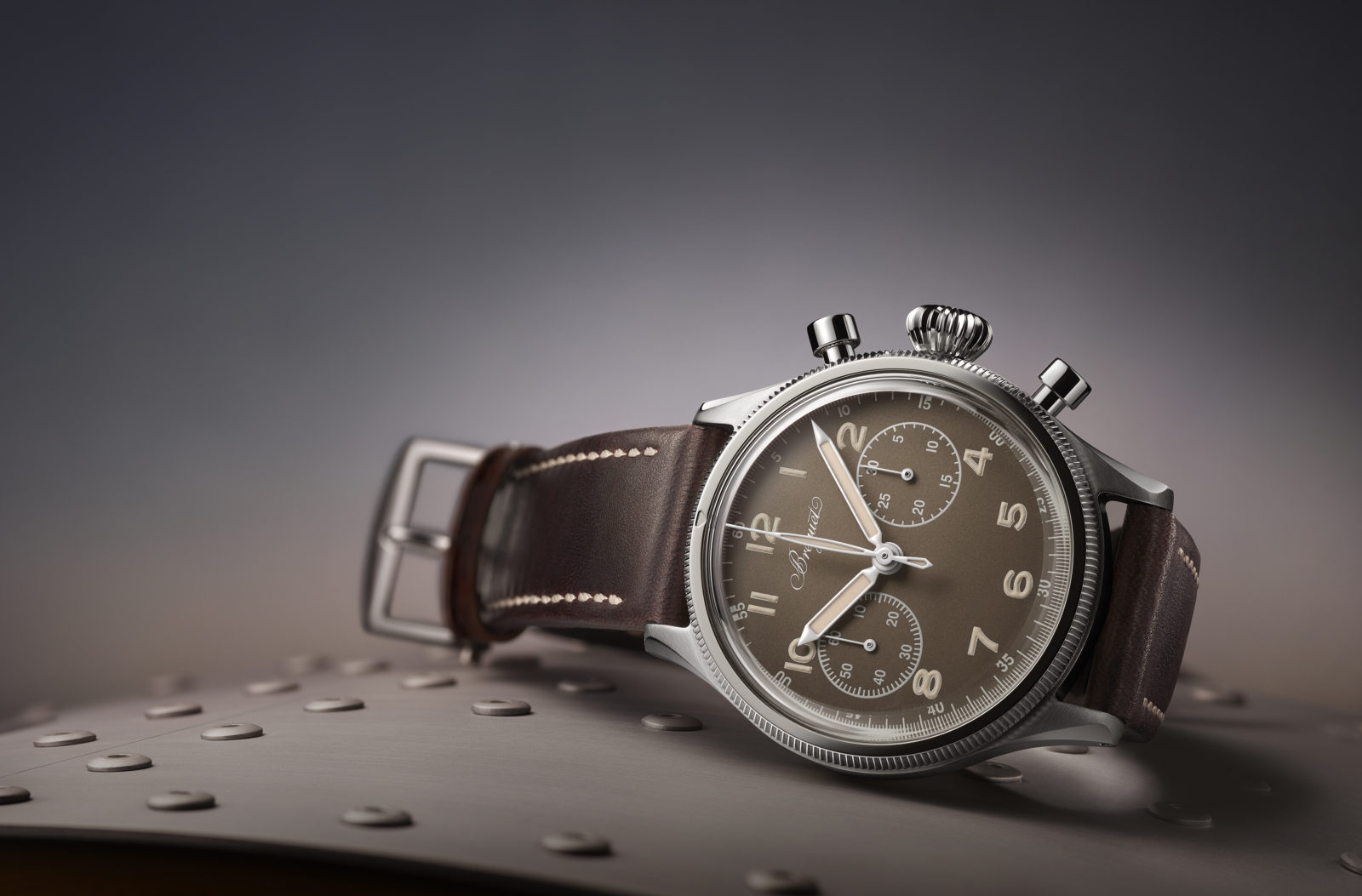 Type 20 French chronographs were directly inspired by the German flieger chronographs from World War II manufactured by Tutima and Hanhart. Breguet and Vixa were the first ones to supply the Type 20 chronographs to the French military in 1950. In 1954, Auricoste became the official supplier, followed by Dodane 1960. The military models are referred to as Type 20 and the civilian models as Type XX. Breguet has become the most prominent modern Type XX watch manufacturer, popular with both the aviation and the watch enthusiasts.

Montres Breguet, headquartered in Paris until 1976, was already a household name in France. Breguet became official supplier of the Type 20 to the Air Force, the Naval Aviation Branch, and the CEV. The Breguet Type 20 used stainless steel case, screwed case back, and Valjoux 22 movement with a flyback module. Most Breguet Type 20 chronographs came with a 30-minute counter, but the brand also made chronograph with 15-minute counter for Naval Aviation and CEV. Earlier issued Type 20 did not come with any brand logo on the dial, but the civilian versions did have the Breguet logo.

This week Breguet announced piece unique Type 20 chronograph for the Only Watch, a major international charity project sponsored by the Monegasque Association against Muscular dystrophy. An auction sale conducted by Christie’s will be taking place in Geneva for the benefit of medical research on muscular dystrophy on Saturday, November 9, 2019.

Breguet is reissuing a unique version of its Type 20 pilot chronograph from the 1950’s which is very authentic to the original, both esthetically and mechanically. The steel case is true to the historical diameter of 38.30mm, the unique curved horns with lateral bevel, and the pear-shaped crown, typical of the first-generation military models delivered to the French Air Force and Naval Air Force.

From this desire for accuracy, the new model is equipped with a bidirectional bezel in fluted steel without graduations, along with triangular markings for flight calculations. The dial of the watch is inspired by the very rare civilian and military models with a bronze-colored dial sold at the time. Some black dials also took on a shade of bronze after long exposure to the sun.

The Type 20 displays small seconds and a 30-minute in the bi-compax sub-dials. It has good legibility in all conditions, and has the characteristic hands of the historical Type XX watches, which are treated with Superluminova. A notable difference between the Type 20 Only Watch 2019 and the Air Force’s historical model is the Breguet signature at 12 o’clock.

The Type 20 Only Watch 2019 offers historically accurate movement, the Valjoux 235 13 lignes, which is derived directly from the Valjoux 222 14 lignes used in the 1950’s. The movement blank of this manually wound, column-wheel chronograph was restored back to working order to ensure it has the same proportions and functions. This movement is fitted with the flyback function which makes it a true Type 20 pilot chronograph.