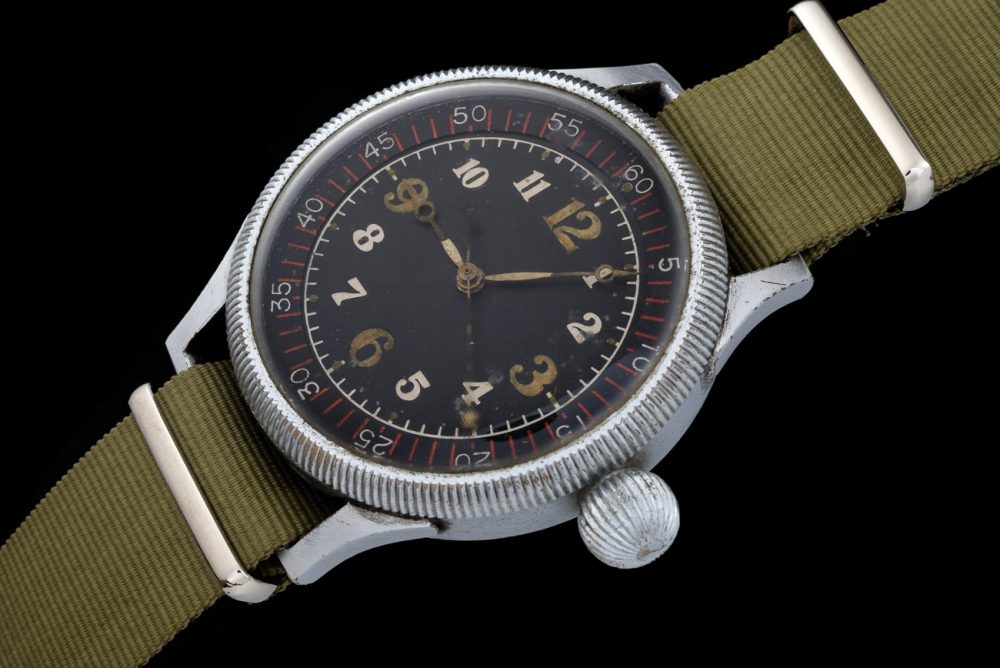 We usually discuss the historical flieger watches from the West, so today we highlight an important, and a rare flieger watch from the East.  This flieger was manufactured by Seikosha (later known as Seiko), and while the official name of the watch was Tensoku, it has been nicknamed as “Kamikaze”.

As part of the Axis forces, the Japanese played an important role in the resistance during WWII.  Prior to the Japanese surrender in 1945, the Japanese Navy was famously known for using suicidal pilots, known as Kamikazes, who crashed directly into U.S. battleships as a last-ditch effort to slow down the powerful U.S. Navy advance. 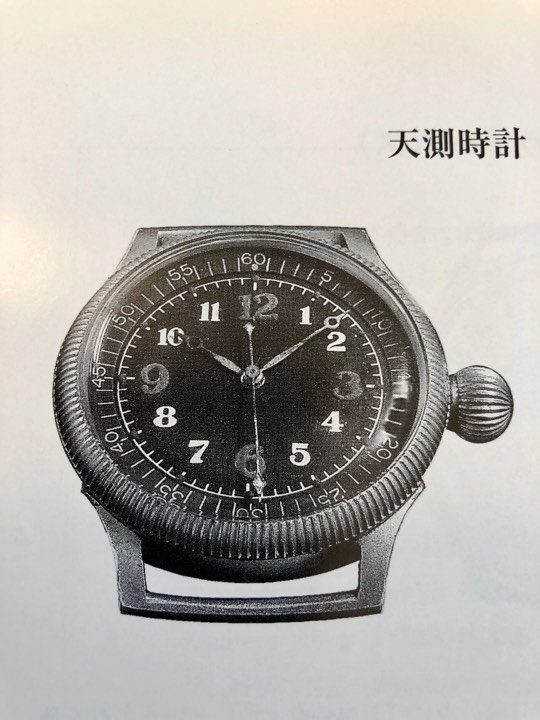 During WWII, Seikosha manufactured and supplied Tensoku pilot watch to the Imperial Japanese Navy from 1941 to 1945.  While this watch was issued to navy pilots, it became associated with being worn on missions from Pearl Harbor to the Battle of Okinawa.  Towards the end of WWII, Tokubetsu Kōgekitai, Special Attack Unit, used a desperate strategy to destroy as many Allied naval ships by crashing their plane filled with bombs and committing suicide.  3,862 Kamikaze pilots died as part of this operation. 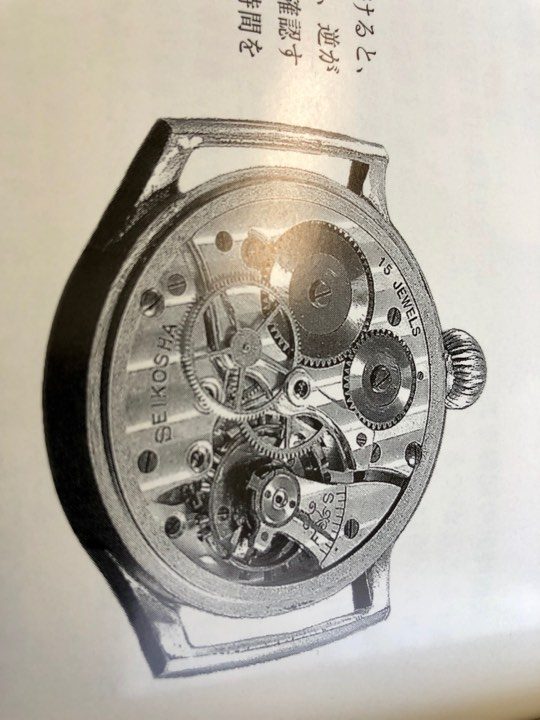 Sadly, since most of the pilots who wore this watch never returned, most of these watches reside at the bottom of the Pacific Ocean and only very few of them have survived.  Hence, finding one in decent condition is rare. Not many of them were made, and watches that were salvaged from wreckages can fetch upwards of $40k at an auction. 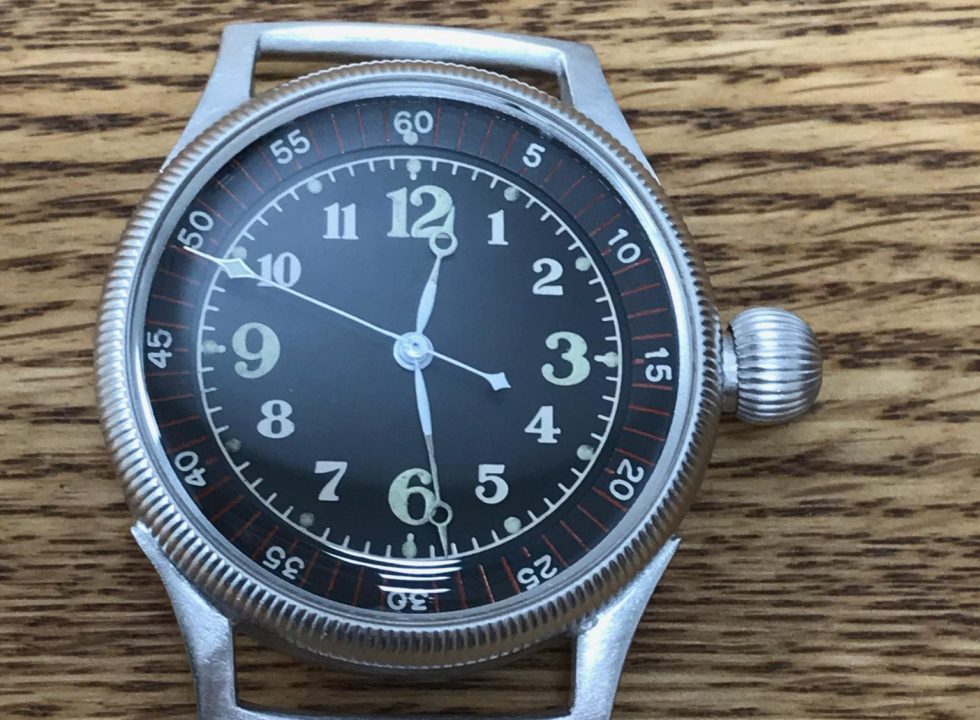 Tensoku watch had lot in common with the German flieger watch.  Like the German B-Uhr, it’s over sized 48.5mm case with an over sized crown were designed to be worn over flight equipment and operated with thick leather gloves. The case is nickel coated and as a fluted bezel.  The rotating bezel was used for marking of elapsed time during missions. The Arabic numbers and hands on the dial were coated with radium for luminescence. 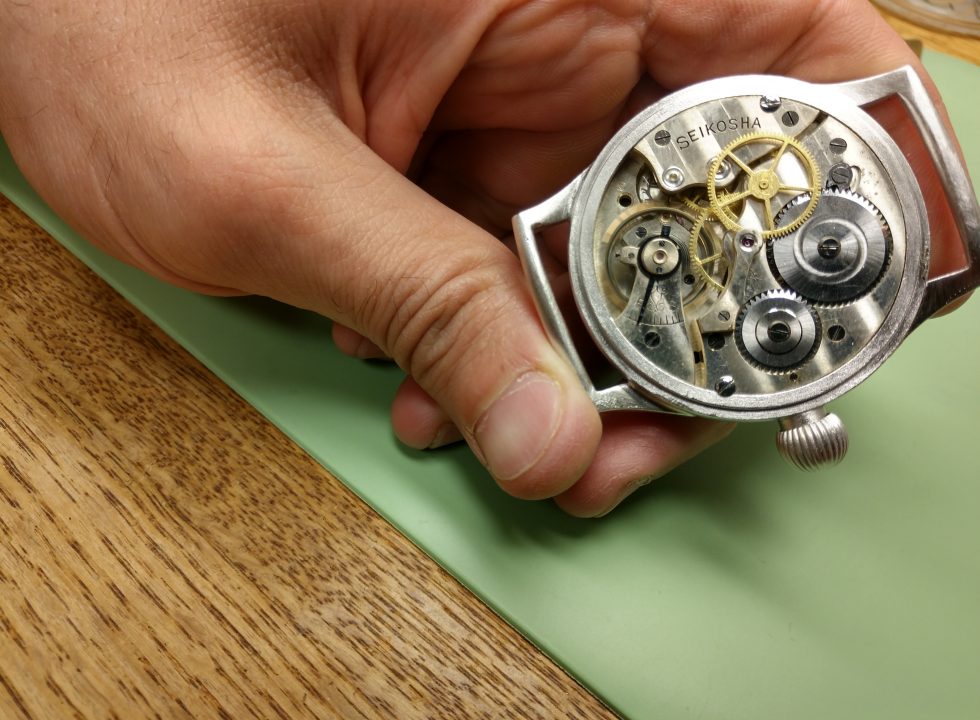 Mr. Hiroaki Kobari, General Manager of the Seiko museum in Tokyo, stated that there were two versions of this watch. Earlier production had the hand wound 19 Ligne movement with 15 jewels, which was more precise and has an excellent finishing on bridge and plate. The latter production of Tensoku movements were only with 9 jewels and without any exceptional finish.  According to Mr. Kobari, the Tensoku watch was also used as a compass by the navy pilots where twelve o’clock marker is facing left and  hour hand pointed in the direction of the sun — true south should be located approximately between the hour hand and the twelve o’clock marker.

One interesting side fact is that a replica of Seikosha Kamikaze watch was used as a prop in the famous Tora! Tora! Tora! movie.