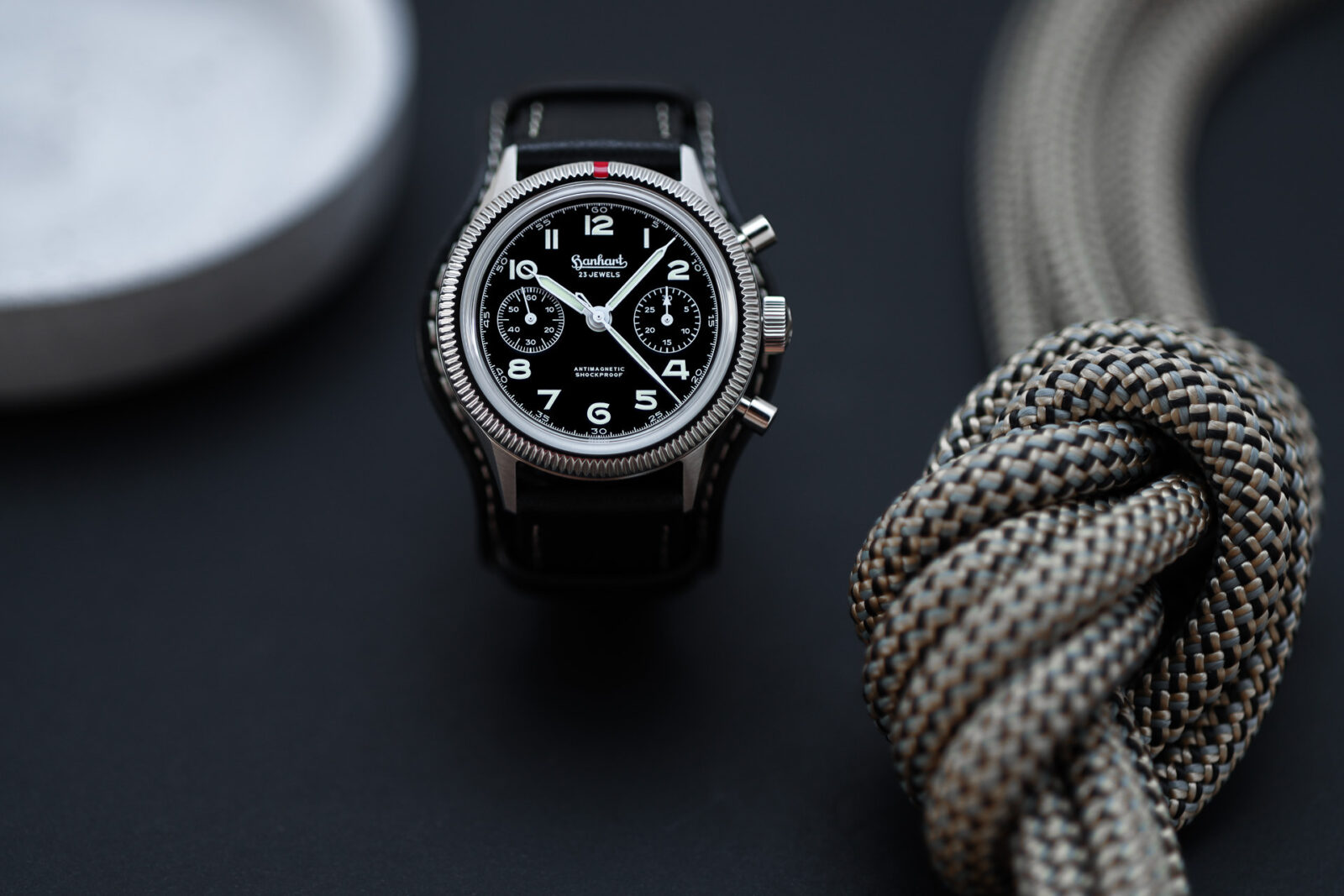 In 2020, Hanhart surprised us with the 42mm 417 ES with the launch of the Revolution edition. That was followed up with the unlimited 42mm 417 ES in steel. However, the Flieger Fanatics were flooding the Hanhart inbox with a 39mm version, harking back to the original 1954 historical fliegerchronograph.

Hanhart supplied the Bundeswehr with the original model for almost ten years, until the brand shifted its focus to the production of handheld stop-watches from 1963 onwards. The few surviving examples of the historic 417 have since become sought-after vintage chronographs for collectors.

The new 417 ES 1954 – with ‘ES’ standing for ‘Edelstahl’ (German for stainless steel) and ‘1954’ noting the model’s very first year of production – marks the return of Hanhart’s most legendary chronograph in its historically correct size of 39 mm. The numbers, fonts and the logo from the old days have all been meticulously incorporated into the dial.

Hanhart has refined the sharp, highly polished chamfers, that mark the transition from the satin-finished lugs to the sides. The signature Hanhart design element, the fluted bezel, rotates smoothly in both directions. Its red position marker is just as reminiscent of the historical model as the details on the dial of the watch. The bi-compax chronograph layout and the lettering seem to be the spitting image of the early 417.

The fliegerchronograph is equipped with the hand-wound Sellita SW510 movement. In addition to stop-seconds, it offers a 58-hour power reserve when fully wound. The historic 417 was also fitted with hand-wound movement, although its range of action outside the cockpit was severely limited due to its low water resistance. The new 417 ES 1954 is water-resistant up to 100 meters. A stylish black calfskin ´Bund´-style strap with Alcantara lining and steel pin buckle with old Hanhart logo is a nice touch.

Dial: Black with old logo and Old Radium Super-Luminova for hands and numbers