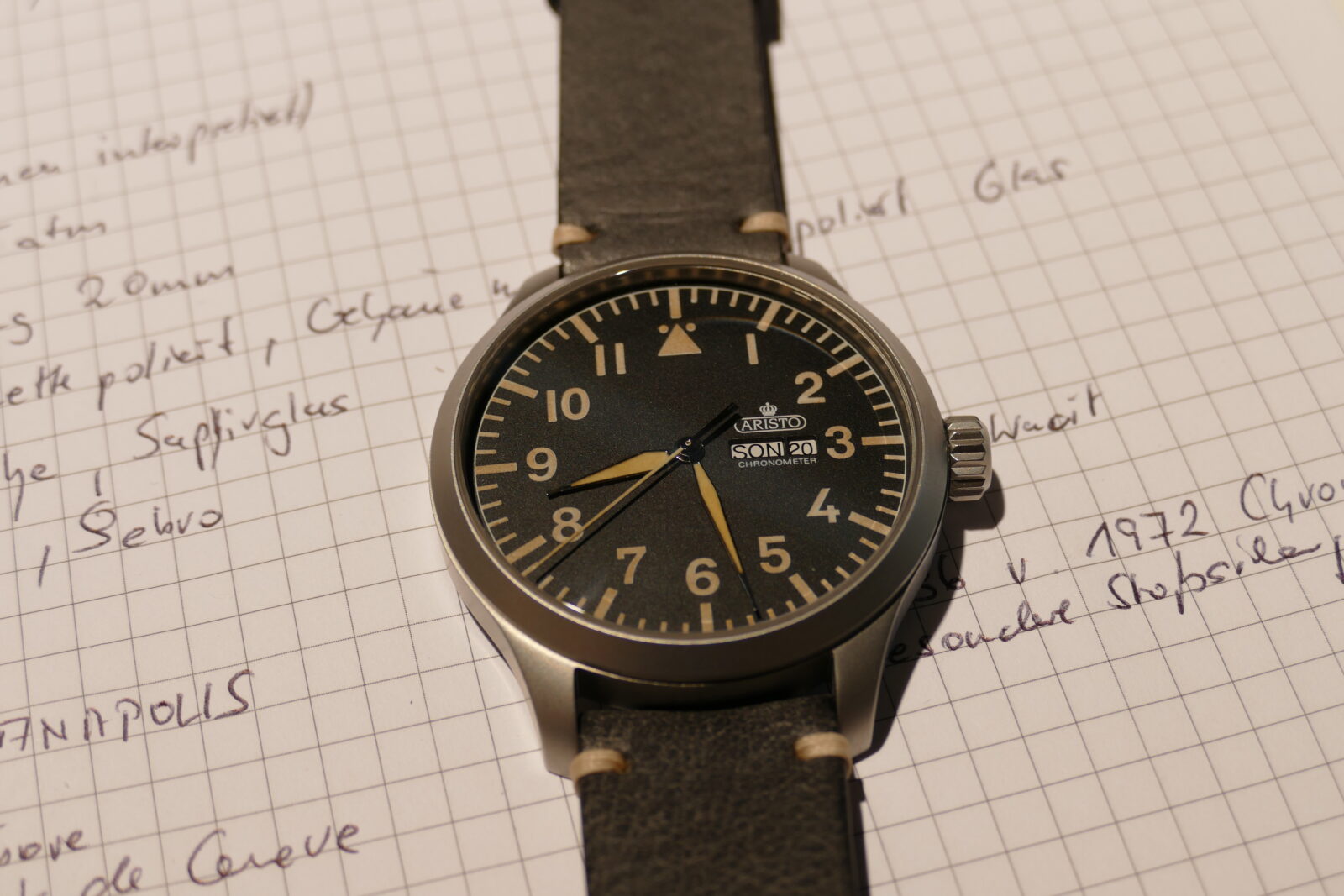 You often come across “vintage“ Flieger watches only aiming to look “vintage“. The Flieger Aristo presented at the Inhorgenta in Munich is also something in between.

With their newest pilot’s watch, Aristo Vintage 47 Chronometer, they used a NOS ETA 2836 and combined it with the Flieger dial design and colour. That’s not really new, but the history of the movement they used is an interesting story. It is an ETA 2836 which is equipped with a Triovis fine adjustment, a fine adjustment via a spiral spring. All these movements were made in 1977, adjusted to 5 positions and received a COSC certification in 1977, i.e. a chronometer movement.

The movements have been dormant in Aristo-Vollmer’s cellar for 45 years and have now been brought back to life. I wasn‘t surprised to hear that Hansjörg Vollmer found those movements in the cellar. Those who visited Aristo in Pforzheim know that a lot of treasures are to be found in their premises.

The NOS movements were additionally refined by Aristo, provided with blued screws and received a decorated and rhodium-plated rotor. In addition, the movement spacer got some decoration as well. Contrary to the usual Flieger watches , the Aristo 3H2836VL features a display back.

The steel case is sandblasted and is available with either a stainless steel bracelet made in-house by Aristo-Vollmer or a leather strap.
This watch is limited to 50 pieces.