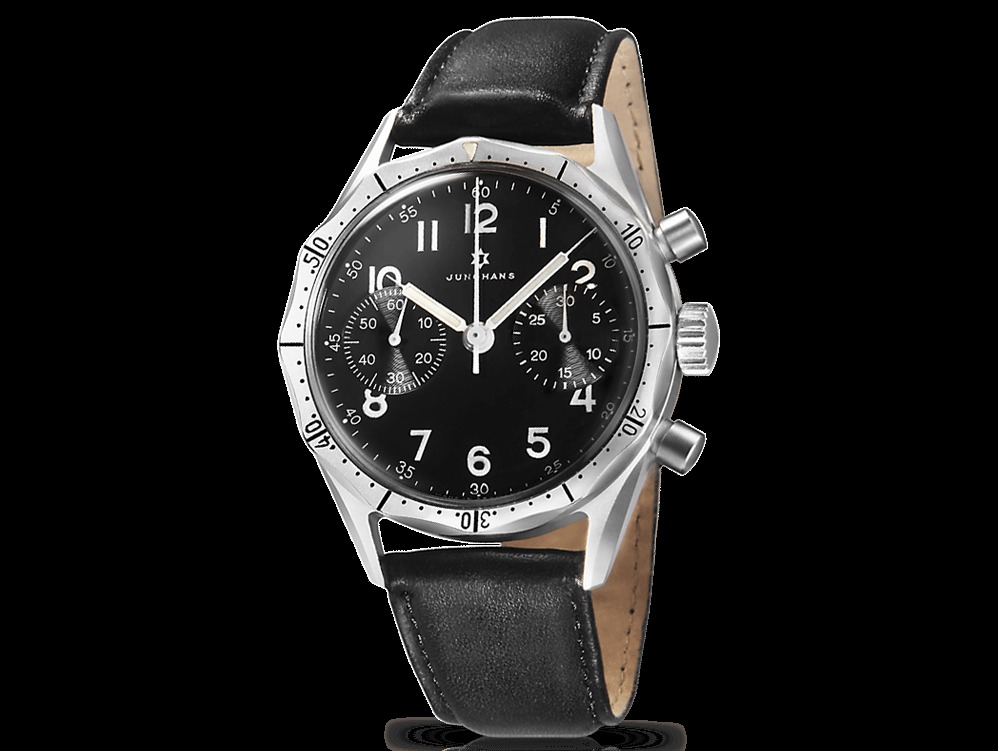 There were few interesting flieger chronographs manufactured during and soon after the WWII . Two such examples are Vixa and Junghans.  They stand out for two different reasons – Vixa was a watch manufactured in Germany for the French military, and Junghans stood out for its unique case and movement.

The Vixa Type 20 was manufactured by Hanhart in 1954. The company “Vixa” was named after a late president of Timex Watches France. (Timex had a factory in Besançon until 1960.) Some 4000-5000 Vixa Type 20 chronographs were supplied.

Since the 1960s Hanhart mostly manufactured stopwatches, but have been lately focusing replica of classic flieger chronographs with modified Valjoux 7750 and Dubois Depraz module.

The Junghans J88/0110 was delivered to the Bundeswehr in 1959 and its appearance is very similar to the two predecessors – Hanhart chronographs 417E (brass) and 417ES (stainless steel). The J88 movement does not feature the flyback complication, and is the only manual chronograph movement delivered to the Bundeswehr that doesn’t feature a flyback complication.  Junghans produced the J88 from 1950 until the mid-60’s and after supplying the watches to Bundeswehr, it later sold them to the public.

Model 0110 was quickly followed by the more common 0111 with the characteristic twelve-edged bezel.  The twelve-edged bezel to this remains unique to Junghans.  In 2016 the brand introduced a replica of the Model 0110 call “Meister Pilot” powered by ETA 2824/Sellita SW200 with a Dubois Depraz 2030 module.