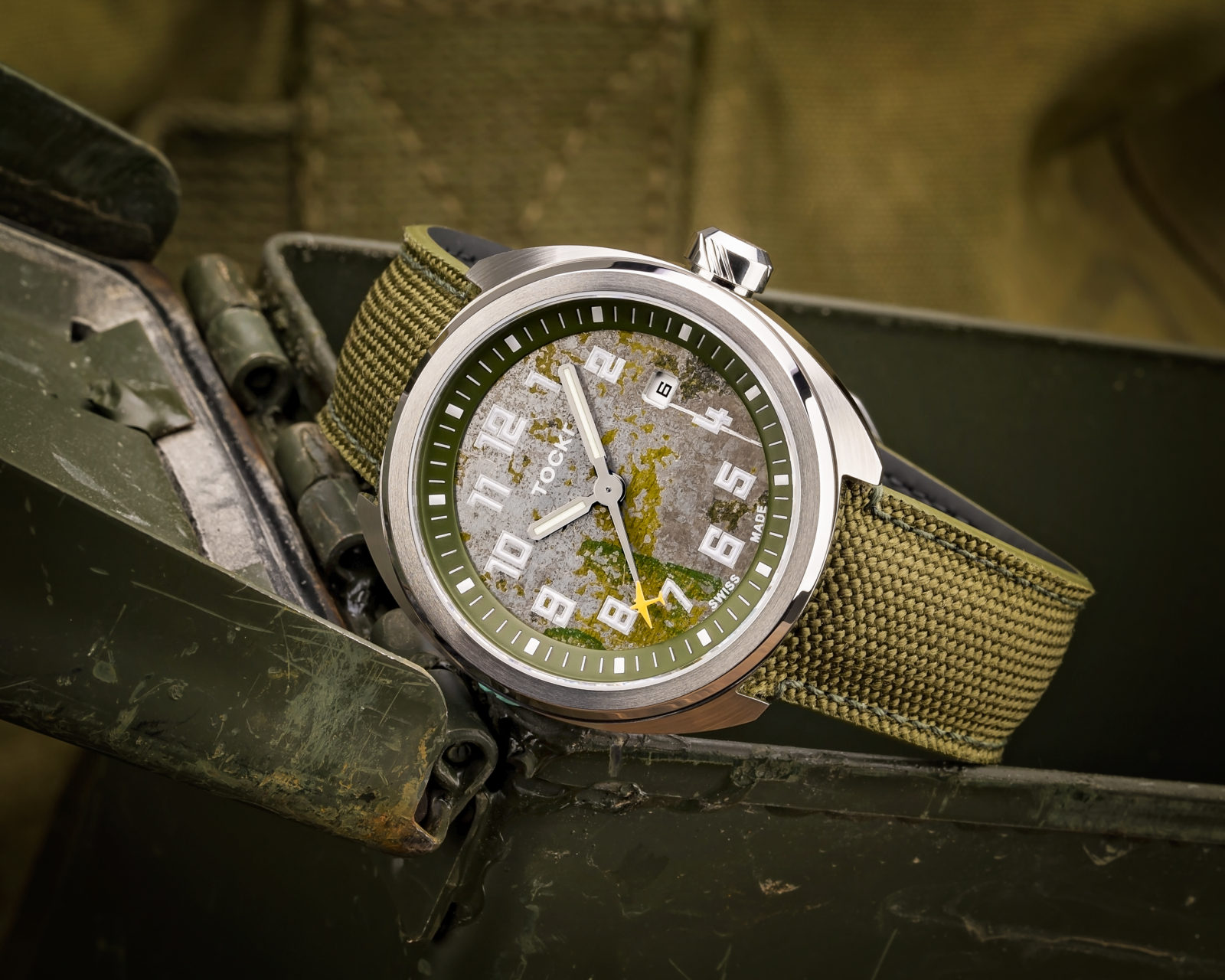 In November 2018, Tockr and The Commemorative Air Force (CAF) teamed up to create a series of 100 watches made with rescued material from a historic C-47 known as “That’s All, Brother”, that lead the D-Day invasion. Having sold out during 2018 holiday season, Tockr received several requests from veterans and aviation enthusiasts to create a second edition. Now, a second edition of 100 watches are available to continue with the tribute to the historic C-47.

Tockr was founded in Austin, Texas in 2017, and the watches are manufactured in Switzerland. Austin Ivey, founder of Tockr, was inspired by the legacy of his grandfather, a U.S. Army pilot who flew C-47 aircraft during World War II, hence he combined his lifelong passion of watches and aviation in an accessible collection of aviation-inspired watches.

Emmanuel Gueit, the legendary designer of Audemar Piguet’s Royal Oak Offshore and Rolex Cellini fame, had lent his talents to design the D-Day 47. Each watch contains a unique piece of That’s All Brother as the base for its dial, preserved under sapphire crystal. The unique dials bear evidence of their history with distinctive weathering, each a fragment of a much larger story that the CAF has preserved in the restored C-47 aircraft.

The Tockr D-Day C-47 comes in three dial styles, each ranging from dark to light military hues of brown and green, but differentiated by varying degrees of original weathering, chipping, and scratches and distinctive markings. “Clean Cut,” offers the lightest degree of weathering, while “Stamped,” features medium weathering, with some original type in yellow, brown or blue hues. A third “Hard Worn” variation is heavily weathered, crackled, and chipped with large areas of exposed aluminum.

The C-47 has a 42mm cushion case design and is powered by reliable ETA-2834 automatic movement. The front sapphire crystal has an anti-glare coating on the inside for better legibility. The solid case back has an engraving of ‘That’s All Brother’ Nose Art as it appears painted on the original aircraft. The watch comes with two straps, one made of drab canvas webbing and the second made of leather, each featuring a ‘quick change’ spring bar.

The Tockr D-Day C-47 second edition retails for $1,990 and is available now at tockr.com/dday. A portion of the proceeds from each C-47 watch will help fund CAF’s non-profit mission of education and preservation, supporting the extensive restoration and ongoing maintenance of the historic “That’s All, Brother” aircraft for future generations. “Creating the D-Day C-47 has been deeply personal for me, as my own grandfather flew a C-47 during World War II,” explained Austin Ivey. “Stories have been flooding in and it’s been so moving to hear just how much this historically significant timepiece has resonated with collectors and history lovers around the world, even some whose lives were directly impacted by that day in Normandy 75 years ago.”