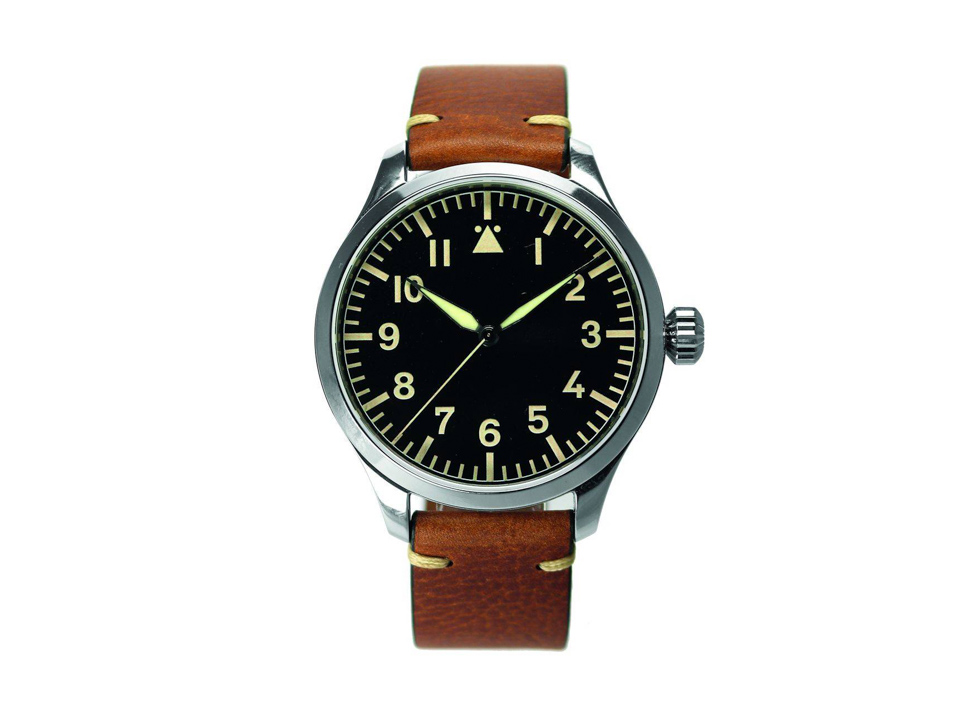 A Brief History of Aristo Vollmer

The Aristo Uhren and Uhrgehäusefabrik (Aristo watches and watch cases manufacturing) was founded in Pforzheim in 1907 by the watchmaker Julius Epple. In 1998 Helmut Epple, the grandson of the founder, appointed the watch designer Vollmer as his successor. In 2005 Vollmer merged his own Ernst Vollmer watch band manufacturing company with Aristo to form Aristo Vollmer GmbH. Today Aristo offers affordable pilot’s, dive, and sports watches.

Hansjörg Vollmer acquired 100 Unitas 6300N vintage movements, which he installed in a limited edition flieger with a rather straightforward name “Aristo Unitas 6300”. The movements were modified by Klaus Jakob and feature four extra jewels, therefore the movement is now marked to bear “21 jewels”.

Klaus Jakob from Lörrach (brands: Jacques Etoile, Mercure) wanted to place his stock of vintage Unitas 6300N movements in trustworthy hands, so he decided to sell them to his friend Hansjörg Vollmer. As Hansjörg recalls “Klaus Jakob knew that I always wanted to use this work for a technically demanding Aristo model.”

Aristo Unitas 6300 movement is visually further enhanced by adding Geneva Stripes, blued screws, and rhodium-plating, a finish rarely seen on 6300N when it was used as the “Wehrmachtswerk” or “according to military specification” (both the A Schild 1130 and the Unitas 6300 are known as “Wehrmachtswerke” among watch collectors).

The Aristo pilot comes in a large 47mm stainless steel case (a bead blasted case is available by request).  The case height is 13.5mm and like the historical flieger, it has a large 8mm onion crown.  Even though the watch is limited to 100 pieces, it is available in four different dial variants – Baumuster Type A, Baumuster Type B, Navigator, and California dials. All the dials are sterile (without any logo or writing). The Navigator dial really stands out for its uniqueness.  The numerals and hands are coated with Superluminova.  The vintage 6300 movement is visible through the mineral crystal case back.

The Unitas 6300 pilot comes with a hand-sewn vintage leather strap.  The retail price is €1330.