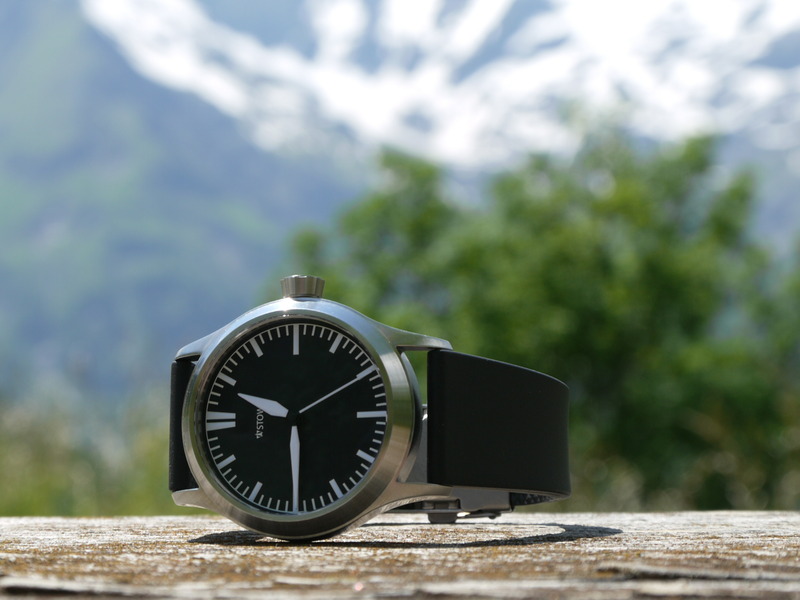 Stowa launched the TO1 TESTAF in 2013 (TO stands for Technically Optimized) as the first watch in their new contemporary line-up, but I was a bit hesitant because of the large case.

In March 2014, Jörg Schauer announced that the Stowa TO2 is in the pipeline. While visiting Baselworld 2015, I had the chance to examine the TO2, and immediately decided to get one. 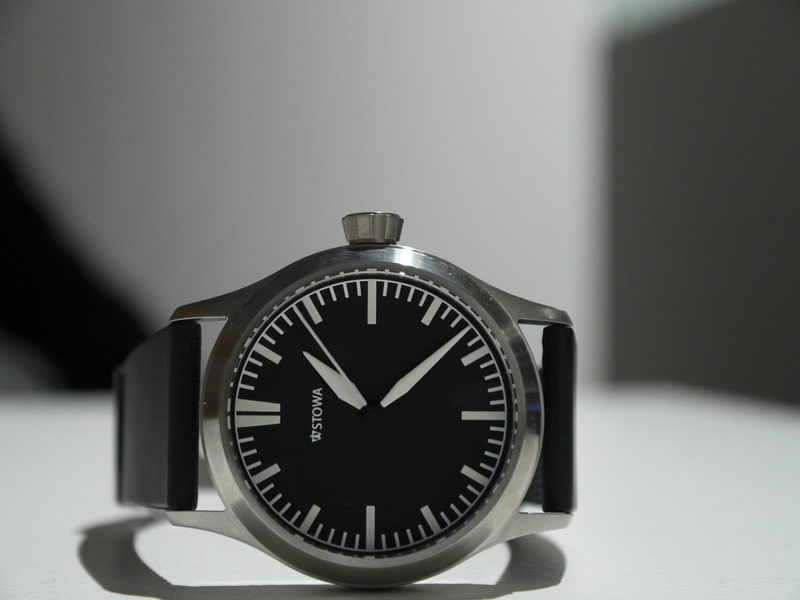 The case as specified by Stowa is 43mm without crown, and without any doubt it has a noticeable wrist-presence. 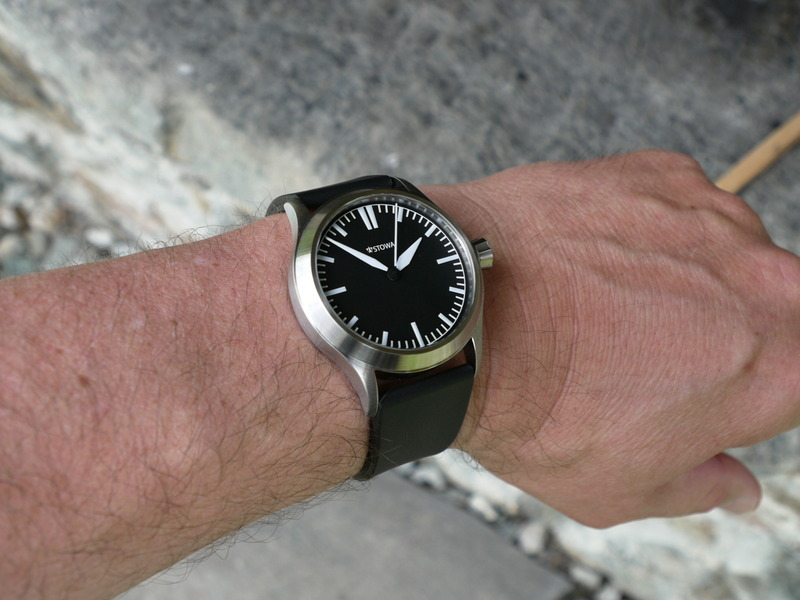 The finishing and fit of the case is state of the art. When the watch is viewed from the side you will notice the beveled bezel which is the trick to make the watch look smaller than 43mm. With a height of 13mm, the TO2 will fit under the shirt cuff. 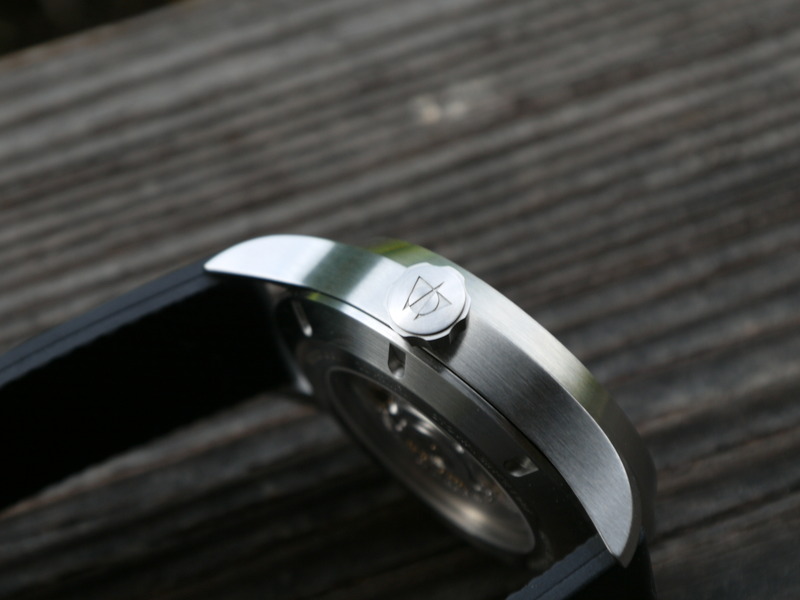 The large crown of the T02, the same crown as TO1, makes adjusting the time and winding very easy. You can easily grasp and pull the crown out to the appropriate position. It is not a screw-down, which is fine for the contemporary flieger. The crown is very easy to operate always and warrants a WR rating of 200m (20 atm). The crown feels solid enough to overcome thousands and thousands of pull out / push in operations. The crown is engraved with Stowa logo. 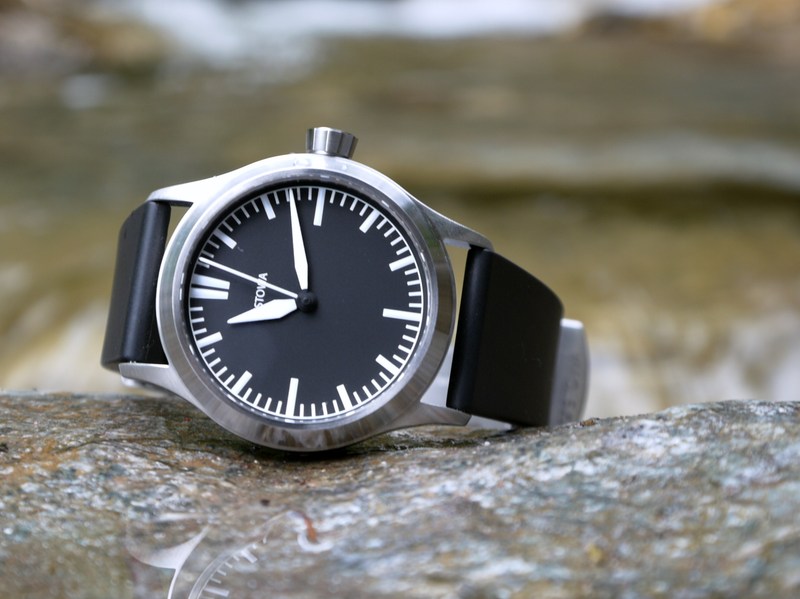 The TO2 is ultra-legible. So, the TO2 is in no way inferior to its big brother TO1. The dial is typical for military style watches and is matte black with white indexes which are comparable in thickness and length to those we know from Damasko watches (343 for example). 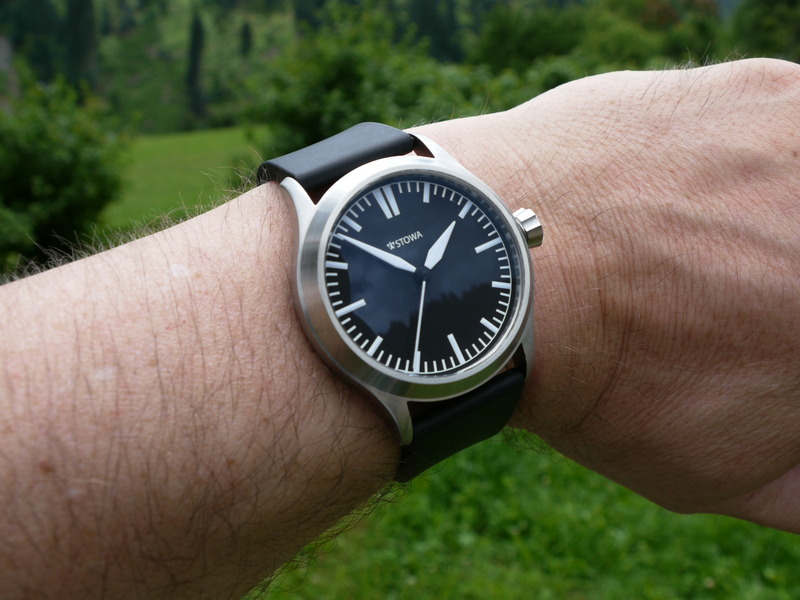 Indexes and hands (including the seconds hand) are coated with Superluminova BWG 9 (white during daytime, green at night – not the blue tone featured in TO1). Due to the “nature” of a seconds hand, which tends to be thin and hard to read at night compared to the indexes and hour- and minute hands. So, it takes a bit to see the running seconds hand at night. 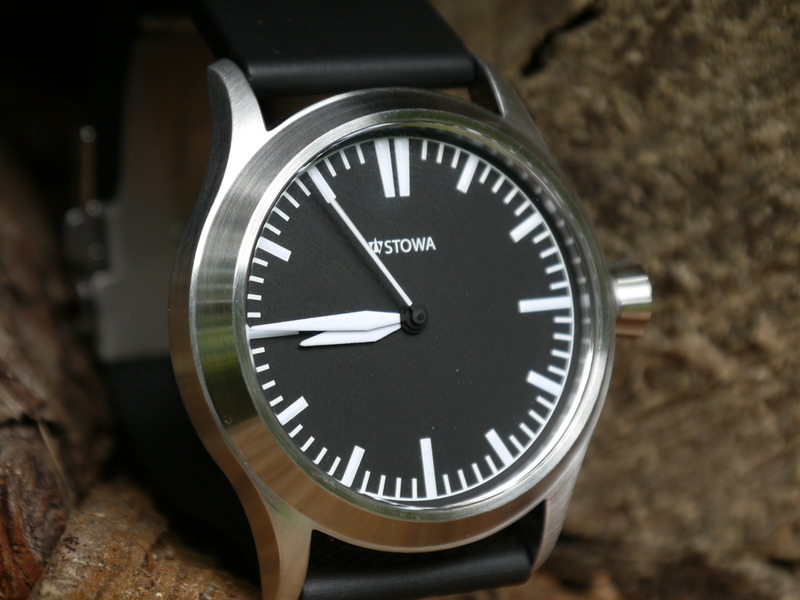 The shape of the three hands are a homage to classic Flieger hands but are fully coated down to the pivot. The luminous compound fills up the entire surface of all hands. The hour and minute hands are identical to those on a DAMASKO DA 36. They do fit perfectly in length and width and give this timepiece an overall military tool watch appeal. 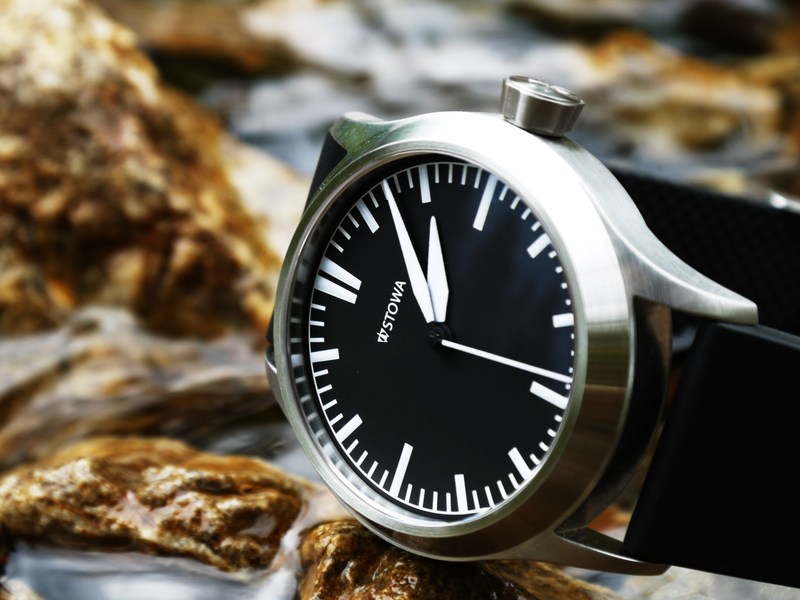 Stowa’s crystal is a slightly domed sapphire crystal with anti-reflective coating on both sides. Readability is perfect but it should be noted that the crystal is prone to finger prints smudges. I sometimes find myself obsessively cleaning the crystal more than necessary. 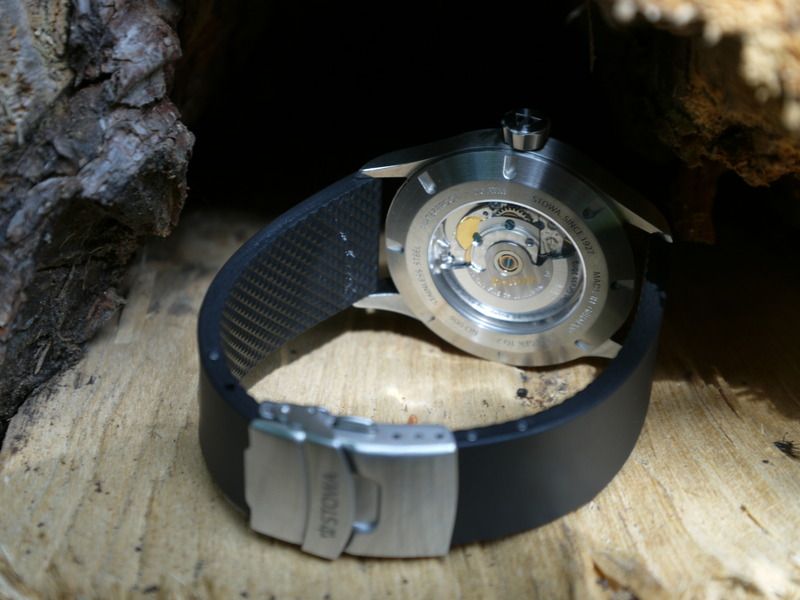 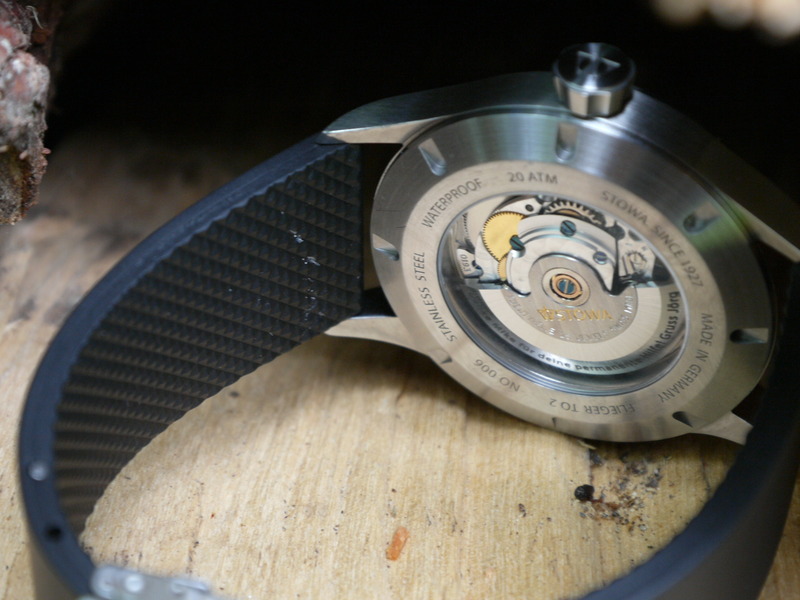 Fitted with a top-grade chronometer quality ETA 2824-2, The Stowa T02’s top version is adjusted in five positions with an average rate of +/- 4 seconds per day, or a maximum daily variation of +/- 10 seconds per day. 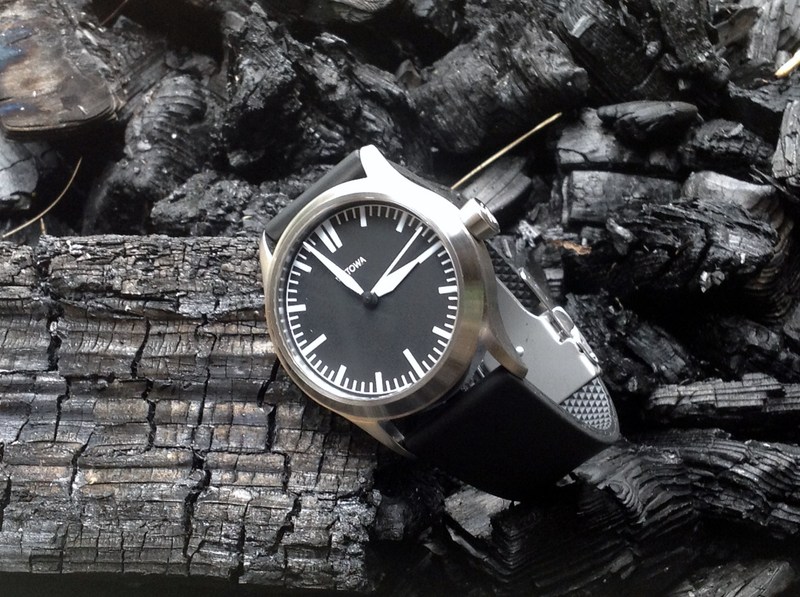 The Stowa T02  is available for 1290 Euros (including VAT) and is an outstanding value for the money. The TO2 is a well-made tool contemporary Flieger watch.