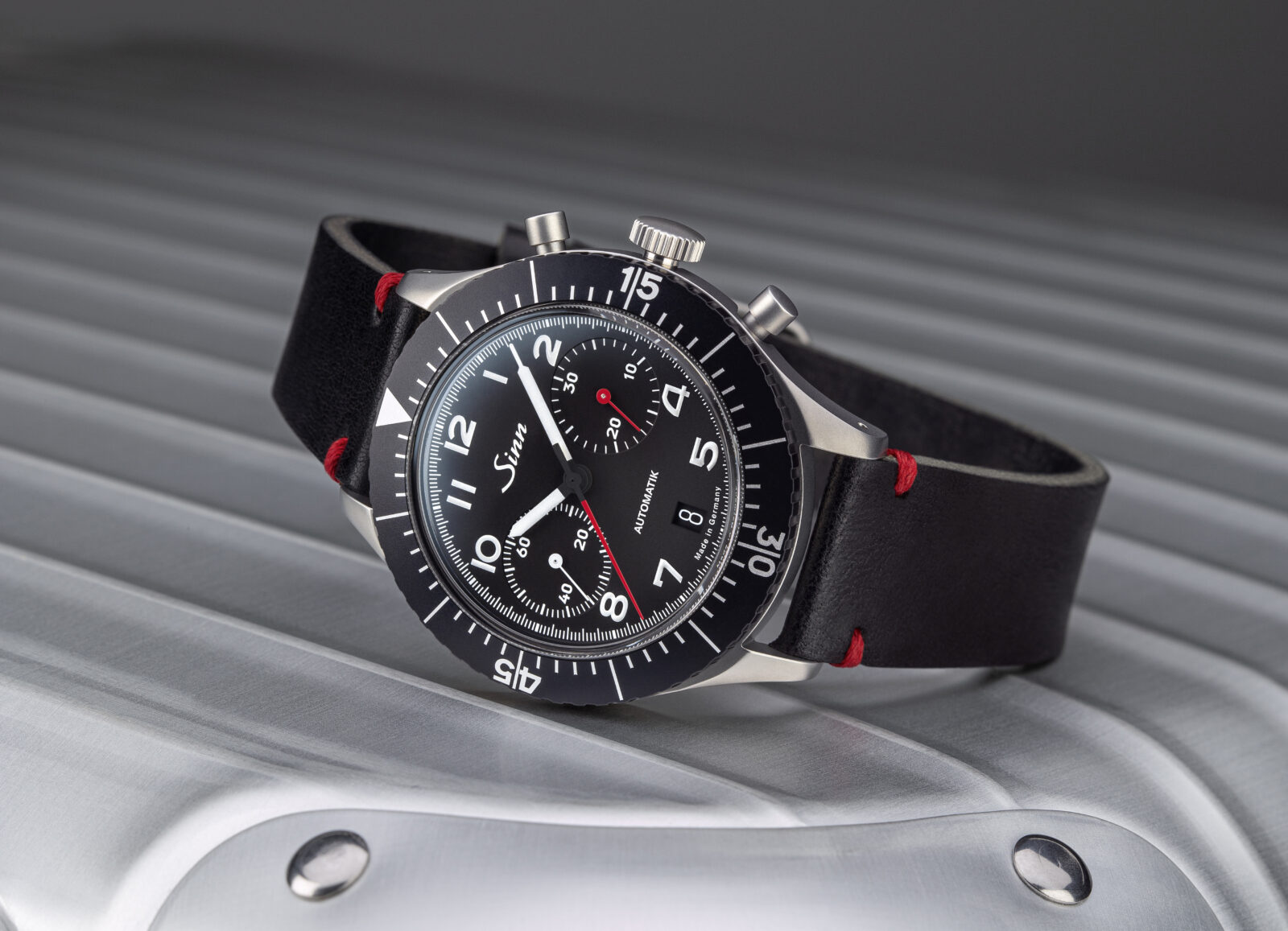 In 2019, Sinn collaborated with The Rake & Revolution magazine on a homage to the military 1550SG, which they marketed as Sinn 155 Dark Star. Dark Star was a limited edition of 150 pieces, and it sold out briskly. Following the success of this collaboration, Sinn decided to release its’ own limited edition homage in 2020, with few decorative differences, at the Inhorgenta fair in Munich in February. Presently, watch companies can do no wrong with remakes and homages produced in limited quantities for the vintage-hungry crowd. Limited runs marketed on social media generate a lot of interest (and demand). Omega, Breitling, Hamilton, and Zenith love to hear sold out in hours/days since it generates more interest in the brand. This marketing strategy is effective if used sparingly, otherwise repeated silliness of never ending limited editions becomes tiring (think Panerai circa 2000’s). Sinn is doing it right with four variations Sinn 155 limited edition models in last two decades.

What is the history behind the Sinn and Heuer Bundeswehr watch? In 1964 Heuer merged with Leonidas, a competitor who produced watches for the Italian military. The new company- known as Heuer-Leonidas S.A., supplied the Bundeswehr chronograph bearing Leonidas logo to the Bundesluftwaffe in 1967. It had a 43mm case and a hand-wound Valjoux 220 movement. In 1969, Helmut Sinn won the contract to service the watches for the German army, and took the opportunity to swap out the original Heuer dials with a Sinn logo replacement. This is essentially Heuer 1550SG with Valjoux 230 flyback chronograph movement. Helmut Sinn purchased Heuer parts and sold several Sinn dialed 1550SG to civilians in the 1980’s and 1990’s as the Sinn 155 Bw model.

The design of 158 chronograph is reproduced with few features of 155 Bw – the bead-blasted case, the domed acrylic crystal, wide anodized aluminum bezel, a large crown, and the bi-compax dial layout. But I commend Sinn for making this is modern interpretation of the historical model. They did not use of fauxtina, or make it an exact replica of the military watch, down to the most minute detail. It is a contemporary pilot watch with addition of date complication at 6 o’clock, red chronograph and 30-minute counter hand, and powered by Sellita SW 510 automatic movement. It is also a large pilot watch with a 43mm case size, and case height of 15.15mm. Despite the shock-resistant domed acrylic crystal, Sinn has maintained optimum readability with the numbers, hour, and the minute hands are coated in bright white SuperLuminova.

The 158 Pilot chronograph is resistant to low pressure and can withstand pressures of up to 10 bar. Sinn offers various options for straps, but the most complimentary strap is the vintage black cowhide strap with top red stitching. A total of 500 editions of Sinn 158 are being produced, each with an engraved numbered marking on the case back. The retail price is $2,660 and they will ship in 2020 late spring/early summer (pre-orders are being accepted).