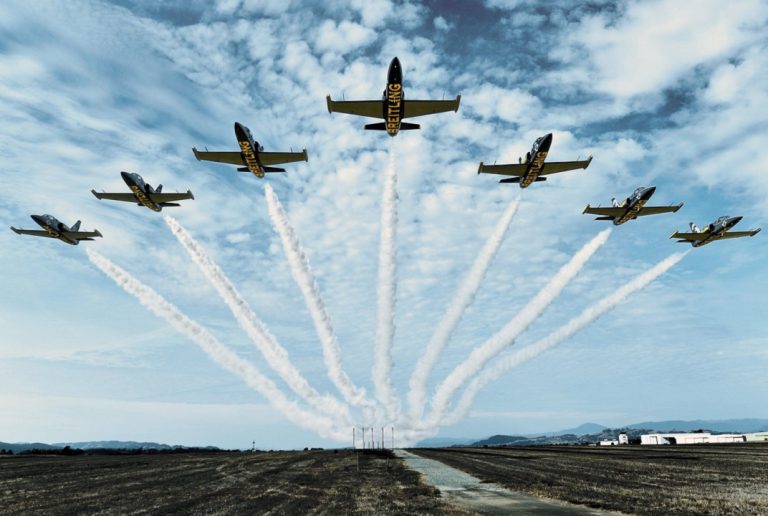 As we close out 2019 and reflect upon the year, we thought it will be fun to share which pilot watches the Watchuseek editors found compelling enough to acquire this year. While majority of the pilot watches acquired were German, there are three Swiss watches which persuaded us to swipe the plastic, and add them to our collection.  In fact, two Swiss watches from here made it to our Best Fliegers of 2019 post earlier this year.  Few of the pilot watches acquired were limited editions, which is not only a trend, but also a strategy by watch companies to limit production, drum up the hype, and hopefully watches maintain their value over time.

Peter Tung works in the Tech industry by the day, and as a photographer in his spare time.  Peter’s pictures can be seen in several watch reviews and live posts from watch events.  Peter’s first watch was a Sinn regulateur, followed by a Panerai.  The perfect two watches which took him deep into the watch collecting tunnel.  During his visit to SIHH this year, Peter found the IWC Pilot Mark XVIII Heritage watch compelling enough to acquire it in summer this year. The Heritage in the name correctly implies vintage appearance of the regular Mark XVIII, with “old radium” beige lume and striking blue hands.  But the best feature of this watch is the ultralight titanium case, which enhances its tool watch credentials.  The watch retains the 40mm case and anti-magnetic soft-iron cage inside the case.  It is powered by base Sellita SW300-1, developed and constructed by Sellita, according to IWC specification.  Retail price of Mark XVIII Heritage is $4,350.

Brad Bokkean, also known as Sargent Bo, is not only Watchuseek forum administrator-at-large, but also an avid pilot watch collector.  Brad is a 30-year US Air Force veteran, who spent several years based in Germany.  He has a keen eye for authentic flieger design and appreciates the pedigree of watch manufacturers’ history behind a specific watch.   So, it was no surprise that Brad selected and acquired Sinn serviced Heuer 1550 SG 3H.  Brad says that he ended his 8-year search for the perfect issued Bundeswehr this year with the Sinn flieger chronograph.  This pristine example came from a fellow collector in Japan by way of another collector in Switzerland.  In 1969, Helmut Sinn won the contract to service the watches for the German army, and took the opportunity to swap out the original Heuer dials with a Sinn logo replacement. This is essentially Heuer 1550SG with Valjoux 230 flyback chronograph movement.  Helmut Sinn purchased Heuer parts and sold several Sinn dialed 1550SG to military and later to civilians.  This year Sinn collaborated with The Rake & Revolution magazine on a homage to the 43mm Bundeswehr 155 named “Dark Star”.  Dark Star was a limited edition of 150, and it sold out briskly.

Mike Stuffler is the moderator of several German watch forums as well as Watchuseek’s resident flieger watch expert. He retired this year after 42 years of service in German Police in the field of public order and safety (Federal Criminal Police Office) and working as a police liaison officer at the German Embassies in The Hague, Netherlands; Amman, Jordan; and London, U.K. Mike has been collecting wristwatches for almost 30 years.  This year he acquired Stowa Verus Black Forest LE with a custom red seconds hand. The Verus Black Forest Edition watch is a limited edition of 200 pieces in the color scheme of the Black Forest. It is modern, clean, and functional. It features ETA 2824-2 TOP movement with a very nice finish, plus a black coated case, luminous dial and hands (BGW9 – blue luminescence at night). Verus Black Forest Edition was the winner of the 2019 Red Dot Design Award. The price is 748 Euros (excluding VAT), but this flieger is now sold out.  The regular Flieger Verus 40 is available and is priced almost 200 Euros lower than limited edition.

Bhanu Chopra has been a freelance blogger for Watchuseek since the Ernie Roamer days.  He started the Flieger Friday feature in 2016 with Michael Stuffler. Bhanu is often seen travelling with his passport and his Global Blue tax free shopping app on his iPhone. He rarely says no to a watch he likes (a salesperson’s dream customer). Hence, it is no surprise that he managed to acquire six pilot watches in 2019, even though his New Year’s resolution was no new watches.  The first two watches of the year were Stowa Verus Black Forest Edition and Stowa Flieger Classic White.  Both the watches had some customizations – the Verus had Stowa logo engraved on the side of the case, and Flieger White had blue hands, blue seconds hand, and a black date.  The Flieger White received the most feedback on the forums, including request to make this watch available with the all blue hands.

In the fall, a NOS (new old stock) Aristo flieger chronograph was added to the collection. Aristo collaborated with Helmut Sinn to make the modern Bund chronograph like Sinn 144 or Porsche Design by Orfina.  This watch is powered by Valjoux 7750 and came with Vollmer mesh bracelet. Also in the fall, Bhanu acquired Laco Augusburg Taupe.  The dial offers a greyish color with a tinge of brown, also described as color of the French mole, which the French call as “Taupe”. Mole grey has always been a favorite of fashion designers, as this neutral color can be combined with virtually any type clothing and occasion.  This is a stylish taupe colored dial in a 42m case, powered by Miyota 821A automatic movement.  Augusburg Taupe is limited to 500 pieces and retail price is $460.

In the winter, Bhanu acquired Oris Big Crown Pointer Date in red dial.  It is truly a special piece with a 40mm case, fluted bezel and oversized crown, and a striking red/burgundy dial. It has a domed sapphire crystal with an anti-reflective coating inside, and is powered by Sellita SW-200 automatic movement.  The retail price of Oris pilot watch in red dial is $1,600.

The final pilot watch to join his collection was the Breitling Navitimer Ref. 806 1959 Re-edition. It is a re-creation of the iconic Navitimer 806 with the help of collector and consultant, Fred Mendelbaum. The re-edition is an all-black dial with tone-on-tone sub-dials and a rotating beaded bezel. Unlike the original 806, which was powered by the Venus movement, this re-edition has a newly developed in-house B09 hand-wound movement with a COSC chronometer certification. The Navitimer 806 is limited to 1,959 editions, and the retail price of $8,600.

Watchuseek’s Editor-in-Chief, Justin Mastine-Frost, known for his independent watch collection, as well as his vintage Tutima fliegers.  Justin is not only a watch enthusiast, he is a big car and bike enthusiast.  In his past life he was a certified BMW mechanic and went on to write for several prestigious automotive blogs and publications.  If you visit his Instagram account (@justinmfrist), you will notice he prefers bold color dials.  So it is no surprise that Justin acquired Tutima Saxon One M Automatic Maroon Brown.  Even since Tutima relocated back to Glashuette, the brand updated their flieger watches with modern cases, hands, and dials.  The maroon brown dial comes across as a deep burgundy and has a complementing polished silver hands filled with white lume.  This modern flieger comes with a day-date complication; has domed sapphire crystal and a screw-down crown for 10 ATM watering rating,; and is powered by base Sellita SW-300 automatic movement.  Retail price of Saxon One M Maroon Brown is $2,350.