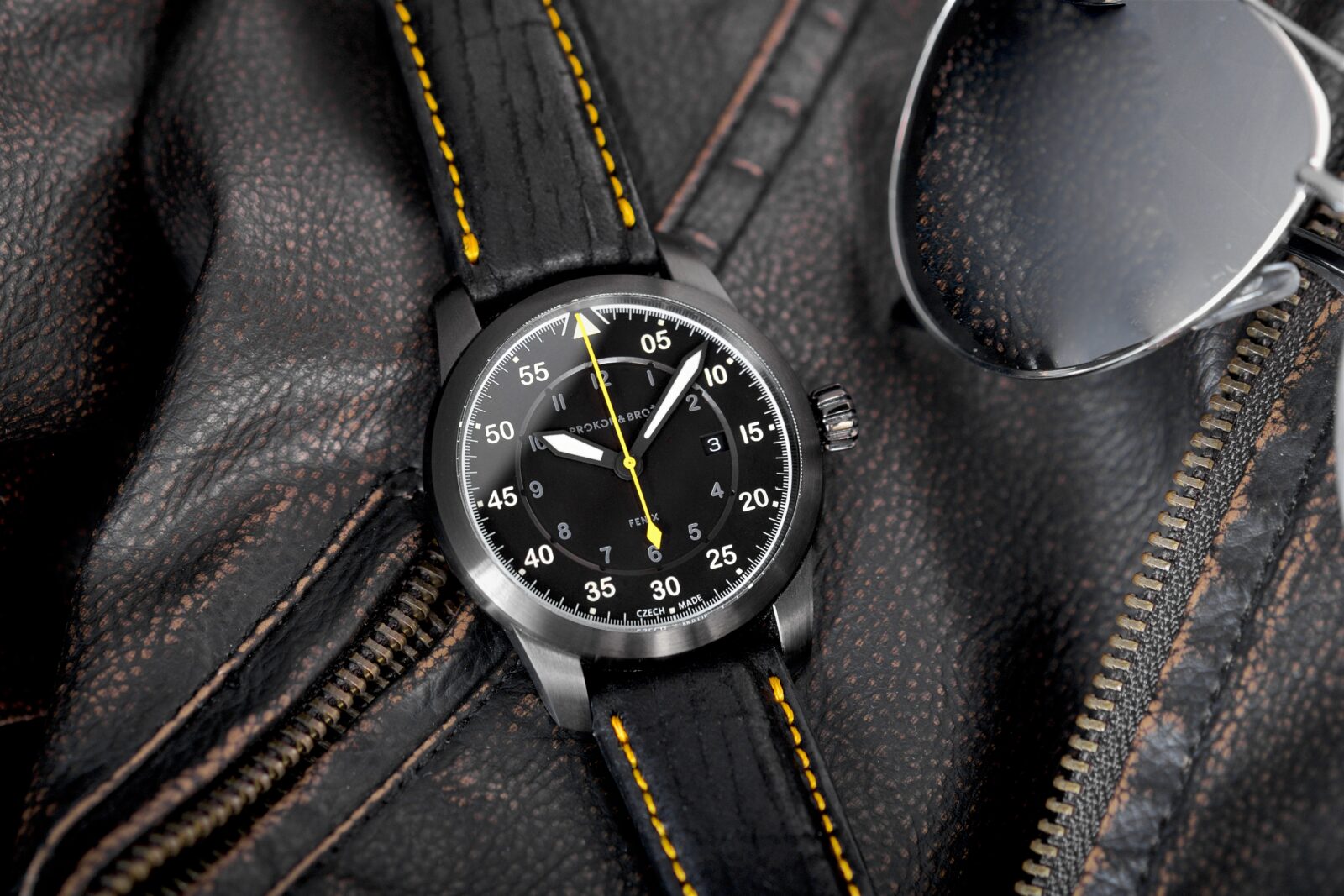 Prokop & Brož background story is quite interesting as it involves a friendship and partnership born out of tragedy. Jan Prokop is an industrial designer based in Prague and was known for his creative watch designs when Elton company resurrected PRIM watch brand in the mid-2000s. Martin Broz, on the other hand, is a master watch maker who started out with expertise in clock repair, but then working exclusively with repairing and building complicated watches in Prague. The two of them met during a unique watch project by Martin Weichert known as W&F (Wei & Friends). If you were to search on the internet or Watchuseek forum for W&F 101 or 102, you can read about the two watches made in Czech Republic. Tragically Martin Weichert suddenly passed away and the watch project ended with this death. However, the friendship between Jan and Martin remained. In 2012, when Jan completed his assignment with PRIM brand, Martin and he decided to combine their skills and form Prokop & Brož watch company.

According to Jan “Pilot watches have always had a prominent place in watch collections. Prokop & Brož does not have a long history, so it cannot make reference to previous models. Yet we can say that the Fenix model figuratively rises from the ashes of pilot watches lost during the Second World War because the designer drew inspiration from the timepieces of that period. Fenix is the essence of the most important features of pilot watches.” The designer Jan is referring to is Petr Kubík, an industrial designer based in Brno, the second largest city in Czech Republic.

Fenix pilot watch had a modern Type “B” black dial with a dominant minute scale, the distinctive illumination of its 5-minute indices, minute numerals, and massive hands. A contrasting second hand in bright yellow does not have lume, but it can be added upon request. The sapphire crystal has an anti-reflective coating which makes for good legibility. The massive crown has pronounced grooves, which makes it possible to wind the watch even when wearing gloves. The 44m watch case is based on their Hercule sports model with modular construction for further customization. The case is coated using “BlackTop” technology, which is vacuum deposition of chromium nitride. 316L or titanium case option is available upon request.

Even though the basic model comes in black dial, it can again be customized supplied with several options of galvanic, color, or graphic finishes. The SuperLuminova C3 luminescent paint, which has the best luminosity of any available pigment, is used on all of them. But it is not just the quality of the original pigment that provides both top luminosity and endurance. The quantity of the pigment and method of its application play an important role as well. The pigment is filled into the negative relief of the dial, which is 0.5 mm deep. The watch is powered by caliber PB 51, base ETA 2824-2 automatic movement with a central second hand, and a date complication. Prokop & Brož offers option of caliber PB 30, base Unitas hand winding movement with central second and no date. Martin can further decorate the movement or skeletonize the movement. The case back is fitted with a sapphire crystal to view the decorated movement.

The watch has a water resistance rating of 10 ATM for both excess pressure and negative pressure. However, out of an abundance of caution Prokop & Brož guarantees only 5 ATM, since dynamic pressures in combination with abrupt temperature changes represent the greatest stresses for the watch. The watch comes with a calf leather strap that has contrasting yellow stitching to match the seconds hand. Fenix is available now and the price is 3,600 Euros.